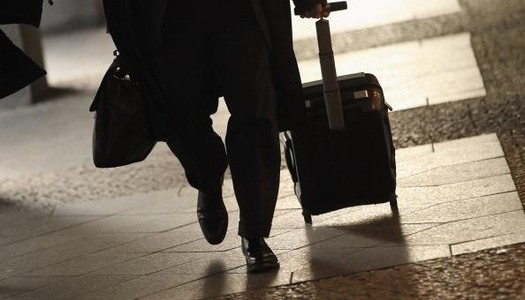 This letter is to any screenwriter, emerging or established, who is thinking he really REALLY just needs an indefinite break. The writer who is set on the fact that while he doesn’t want to quit by any means and still wants to see himself make it in Hollywood some day (or for that matter reach those high highs again), still wants some time off from the whole thing right now and, preferably, right away. This writer knows that there’s nothing else he really wants to do for a living. And that he doesn’t REALLY want to quit but… It’s been rough. He’s been humbled more times than he can count. Been confronted by the reality of this business in more ways than he can say. Oh he still love movies. And television – he watch it incessantly. He tells himself that maybe he will find some satisfaction in regional theater or shooting something personal on the weekends during this blessed time away. He tells himself that a little time out will go a long way. And just as soon as he’s had a chance to catch his breath, to get recharged, he will be back.

He will tell his friends and family that he just needs some time off. Having seen him struggle and fight for it for as long as they can remember, they will tell him that it’s probably a good idea. That a little downtime will go a long way. That everyone always says how it’s impossible to succeed – and then stay on top – in Hollywood anyway. In the secret caverns of their hearts – because they love this writer – they will hope that he is finally over this whole Hollywood thing. That he’s matured. That maybe he’s finally ready for the next, much more practical phase of his life.

But here is what no one will tell this writer about that short, temporary, catch-your-breath break: Time flies when you are looking away. Before you know it, months will have turned into years. Other elements of life – kids, debt, work, love – will get in the way. So when he does decide to give it the old college try one more time, he will feel creatively ripe and ambitious all the same, but everything else will have changed: Those great scripts he once wrote, the ones that got traction, or sold or even that movie that got made a decade ago will no longer be relevant, hardly anything anyone will remember. On the contrary, the collective “they” will all be wondering why the hell they haven’t heard from said writer since then. The contacts he’s made in the industry will have either moved on or graduated to such success that they no longer return his emails. And he will have changed too: In an industry that is still ageist, he is older. Significantly so. Heavier. His hair has grayed. He can’t stay up and write the nights away. He has kids, and a family now, so he just doesn’t have the same time to invest. No one will take him for the relentless participant he once was. Because he did, after all, walk away. Or at least, that’s what industry contacts, new and old, suspect. And his body of work… It’s gone stale. He can’t recycle those old scripts that have gathered dust on the proverbial shelf. Soon enough, he will realize that he can’t just “come back.” Pick up where he left off, as they say. Instead, he will need to start from the beginning. All over again.

And trust me when I tell you this, because I see it happen every day: Writers who walked away for a deliberate break that ultimately got away from them are having a near impossible time coming back, no matter how successful they were when they left. It’s tough to get back in the routine, knowing that they’ve put themselves in a position of effectively having to start from scratch. Sure, there might be some pedigree to help open doors, but once the doors are opened, they’ll have to prove themselves that much more so with the work. Because whatever little dust was on the rose, it’s flown away. Regret quickly replaces ambition. Frustration gets in the way of any creative success.

Bottom line? The only time to take an indefinite break, beyond the random vacation or a few weeks between projects, is when you’re ready to give up and walk away. There is absolutely nothing wrong with that – the majority of our society has built happy lives for themselves away from this mad Hollywood rat race. Take me, for example. When I was twenty three years old, I was lucky enough to have had a screenplay picked up by a production company and packaged by the entity that is today WME. But I hated it, so I walked away and never looked back. And I’m thrilled to report that I’ve built a life for myself in which I am entirely content. And that is because of one simple fact: When I walked away from writing, I walked AWAY. Unless you’re ready to do that, do not allow yourself the fantasy that you can put this writing thing down for a few years, then pick it right back up again as though no time had lapsed. Unless you are ready, heart and soul, to commit yourself to another life entirely, the cost of abandoning your screenwriting career for a few months that turn into a few years can end up being too great.

Instead, take whatever momentum you already you have, and build on it whichever way you can. Remember the old adage: This is not a sprint, it’s a marathon so it’s of critical importance to pace yourself. Challenge yourself in your writing and your strategic endeavors. Build your support team. If you don’t already, trust me when I tell you you’re going to need them. Hell, there’s not a single person I know who doesn’t need a consistent, supportive space to vent. Create a safe haven for your doubts and your frustrations, and people that will continuously support you and challenge you along the way. Devise a solid long-term plan. And if you need to, take a week away. A month. Go somewhere deliberately and clear your head. But know exactly when it is you’re coming back, and what it is to which you will be coming back. Because the bottom line is that if this is the life you want, the passage of time is likely not going to make you want this any less. So capitalize on the connections you’ve made, on the reputation you’re building, on whatever little modicum of momentum and/or success you have. Because ultimately hard work is the best way to negate regret. And regret is one mistress that digs in her heels and never goes away.