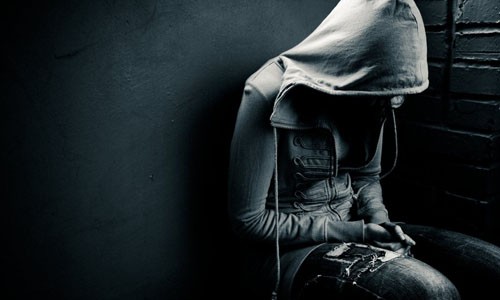 When I was 9 years old, I was attacked by a group of 5 of my best friends. It was a perfectly ordinary day – a couple of my girlfriends came home with me from school, and were planning on meeting up with a boy who lived down the street from me and his two friends while I went to my piano lesson. Up until that moment, these friends and I spent all of our time together: in school, after school, weekends. I was an only child, and as far as I was concerned, they were closer to me than siblings. When my piano lesson ended, I went to meet my friends at the playground where they said they would wait for me. At first, the gated playground seemed abandoned. Not a single person there. I was completely on my own. But then, suddenly, my friends emerged from the shadows and surrounded me. Gone were the friendly faces I knew and loved, replaced with anger and hatred I could hardly recognize. They formed a circle around me, threw rocks at me, told me they were going to kill me. They even wrote me a note in order to more eloquently share with me just how stupid and ugly they thought I was. Somehow, I managed to get away. I ran through back ways to my home, where my mother found me hiding. Later that night, after my mother called the other kids’ parents, who in turn rallied their aspiring psychos back in my parents’ living room, they explained to me the reasoning behind it all, which still disturbs me most: They were bored. They had nothing to do while I was fighting a Mozart sonata for piano, so they cooked up this little plan which apparently started as a joke and ended up with rocks thrown.

That, right there, is my wound. Betrayal, loss of friendship, abandonment. Life as you know it turned upside down in a moment. This one event has left such a mark on me, it’s not only framed and  informed my relationships, but also managed to pop up in my writing time and time again. Back in the days that I did write, and whether or not I intended, it was always something that was somehow explored. It will have become a theme for me to examine from every angle possible. Because, despite of the peace made and the amazing friendships since grown, it was with me every step of the way. Ultimately, it influenced not only my writing, but also my personhood.

I am not the only one. Not by a long shot. Many successful writers have brought their personal wounds into their work. After all, wounds are like trophies: We all have one (or five) buried deep in the closet. The only thing in question is our willingness to open the closet door. Take Pen Densham for example. Pen, who is a dear friend, is the writer of Robin Hood: Prince of Thieves, and the writer/director of Moll Flanders, to name a few. He also wrote the successful screenwriting book, Riding The Alligator, and he himself will observe that, just as he had in his personal life, a main character in each of his movies was struggling with the loss of a parent at an early age. Coincidence? I think not.

Recently, a very talented coaching client of mine was named finalist to the prestigious Humanitas television fellowship. In the final round, this particular writer was asked to bring forth ideas for potential show development, but no matter how many ideas were initially developed, it seemed as though nothing stuck until she shared with the fellowship directors her personal narrative (also known as a personal logline), and the wound inflicted upon her in her early teenage years was exposed. This wound was not shared as a deep dark secret, but rather a fact of her unique life. In turn, it was that wound, that relationship, that went on to be mined for new potential show concepts, and from which the writer’s winning show concept, that was then sent up to showrunnners for potential mentorship, emerged.

In traditional terms, a character’s wound is usually defined as an early life (childhood/teenage years) event that affects and therefore hinders a character – usually the protagonist – from living to his fullest potential in the present. The internal journey of your character will then be to liberate himself from this wound, going from living in fear to living courageously throughout the progress of the television show or movie. Of course, for many characters a wound can arrive later in life: For Bradley Cooper it was finding his wife in the shower with another man.

However, wound is no longer specific only to character. From the examples above, you can see that in this day and age, in an industry that has become so career-oriented, it is also specific to the writer, and the themes and experiences he can tackle. Both the cinematic and the televised experience have become wholly authentic. Even in broad comedy, the content put into the world is more grounded than ever before. Because of this, it is crucial for the writer to be able to call up these wounds and share them – anecdotally and without too much need for impromptu therapy – with the executive or rep listening, because within them the authenticity of your own writing, and what it can be lent to, may just be birthed.

As a general rule, you want to stay away from the specifics that will bring a conversation down to a place from which it can not rise again: Rape, child abuse and such should only be alluded to. When exploring your wound, think about the life story that is specifically yours. How your life or upbringing was different, the situations you found yourself that were uniquely yours. These will create themes and character dynamics ripe for the picking. With any luck, you will find yourself visiting them, and mining them for content, again and again.

I would like to dedicate this blog post to the incredible Jen Grisanti for being the brave, guiding light that she is.

Lee Jessup is a career coach for professional and emerging screenwriters, a twice-published, best-selling author, and consultant whose expertise have been utilized by major studios and networks. Lee’s clients include writers who have major spec, pilot and pitch sales under their belts, staffed television writers, television writing program fellows, Hit List, Blood List and Black List writers, as well as writers just beginning to chart their professional course. Lee is the author of BREAKING IN: TALES FROM THE SCREENWRITING TRENCHES (Focal Press) and GETTING IT WRITE: AN INSIDER’S GUIDE TO A SCREENWRITING CAREER (MWP). She instructs and mentors writers chosen for Universal Studios’ prestigious Universal Writers Program, and also consults with NBC International. Lee’s professional background includes a stint as a working screenwriter, a development executive, and the director of ScriptShark.com. Lee is a mentor for Final Draft’s Big Break contest winners, as well as ISA’s Fast Track contest winners. She has appeared in countless screenwriting conferences and panels domestically, abroad, and online, is a contributor to Script Magazine, and has been the interview subject of countless podcasts. Never too far from the industry, Lee resides in Los Angeles with her family.