Just This Once… Let’s Make It About Me.

Author of Breaking In: Tales from the Screenwriting Trenches from Focal Press and Getting It Write: An Insider’s Guide To A Screenwriting Career published in 2014, I am a career coach for screenwriters, with an exclusive focus on the screenwriter’s professional development. My clients include working film and television writers, writers who sold feature specs, original pilots and pitches to major studios and networks, as well as contest winners, television writing program participants, feature film lab participants and fellows, and emerging screenwriters just starting on their screenwriting path.

In addition to my ongoing work with working and emerging screenwriters, I am a consultant for NBC International’s sales team, as well as a mentor for Universal’s prestigious Universal Writers Program.

So how did this happen? Let me share with you THE LEE STORY

At 17, I finished high school, bypassed college and dove straight into the world of physical film production. After two non-stop years as a production coordinator and production manager, I found myself without much of a life, and no Lord of The Rings or Fellini’s 8 ½ to make the time sacrificed worthwhile. What was a girl to do? Like many young filmmakers trying to find their voice, I wrote a screenplay.

Success! By 23 I was an optioned writer working with a prominent production company. One of the major agencies was packaging the material. I was on my way. But I quickly discovered that I was much more comfortable giving notes than I was receiving them and so… I crossed over to the other side. The development side.

Running development for a small, since-defunct production company that specialized in genre and indie projects, I learned to see past a given script, the mechanisms of a story, and dig deep for the writer’s voice and core competencies. I quickly discovered that despite what I wanted to believe when I myself was an aspiring scribe, all writers were not created equal, each had their unique strengths, and those who went the farthest were those who knew where they are weak, and were able to capitalize on their talent.

Almost by irony I became a product manager at Baseline, the industry’s leading data services provider, 10 years later. Product management is all about brand identity, identifying core competencies, enhancing, optimizing and delivering them to the user, visitor or reader in the most compelling package. And wouldn’t you know it? The product I was handed was ScriptShark, the industry’s leading coverage and consultation service. At ScriptShark, I was finally able to bring together the creative know-how I gathered from years of industry experience, and combine it with the love of product and brand development. I was so excited by this that I convinced The New York Times to sponsor a national seminar series exploring the business side of a screenwriter’s career, which I launched in cooperation with Final Draft in early 2007.

Through my seminars, I met with hundreds of writers, some of whom went on to become clients, other who became friends. Schools like UCLA, NYFA, Writer’s Boot Camp and Columbia College invited me to share my insights; I was invited to write for Script Magazine, and was interviewed for a popular entertainment-centric web series. Festivals and conferences such as Final Draft’s Take A Meeting and Screenwriting Expo invited me onto their panels. My message seemed to resonate: The years of easy spec sales were over. The new millennium was all about creating, cultivating and sustaining a screenwriting career.

The writers made me do it. Truly, it was my writers who convinced me that there was a need for a dedicated career coach for screenwriters. And so… I quit my job at ScriptShark and began coaching writers full time. Over the years, I’ve worked with writers all around world, conducting lectures, seminars, and private coaching sessions in cities such as Paris, London, New York, Chicago, Seattle and Los Angeles. I’ve watched and helped my writers get signed for representation, get their first movie deals, manage their industry relationships, navigate the industry space and move their screenwriting careers forward. And every day I thank the writers who talked me into making this career shift because being allowed to support my writers on their journeys has made me a truly fortunate professional. 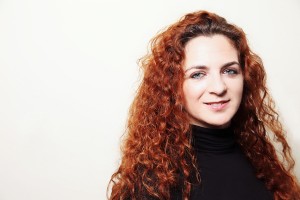 I was born and raised in Israel, and came to the states in my teens.

My father is a film producer. While I learned practical filmmaking on his sets from the time I was 12, I got my first legit job after he told me that he will never hire me because that’s nepotism and “we don’t do that.”

I have been with my husband for over a decade. We have two kids, a dog and a cat.

My husband and I are both Gemini. We joke that there are 4 of us in the marriage. 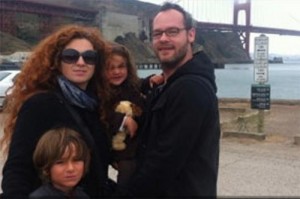