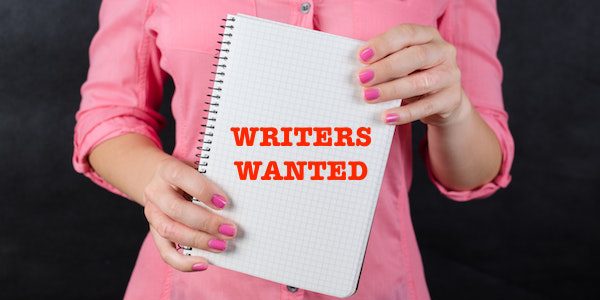 A wonderful and bewildering thing is happening in my coaching world: My screenwriters are growing up. Graduating, if you will. Many of those who started with me in the emerging space (as opposed to those who have come to me as already-fully-fledged-working screenwriters) have made the leap to professional, getting staffed for the first time, taking a script out into the professional space, getting named to the prestige lists, landing their first writing assignments or participating in the prestigious television writing programs, which have a high likelihood of getting them staffed.

On a not-too-distant Friday, I had four meetings lined up at my favorite meeting spot in Culver City. It suddenly occurred to me that every writer coming to meet with me that day had been working with me for a while, tracking back to 2013 or 2014. When our coaching relationships first started none of those writers were working professionals. Back then, they each had something resembling a day job sustaining them. It struck me just how long they each have come: Three of the four writers were now working professionals: One was in the thick of contract negotiations for his first major writing assignment; the second, a newly minted WGA member, had just finished the first draft of a book adaptation done for hire, and the third was just coming off of his second television show, working on a new pilot and getting ready for staffing. Not too long before that, I was at the Final Draft awards where my longtime client and very dear friend Greta Heinemann, just wrapping up a 3-year contract on NCIS NEW ORLEANS, collected the big prize (and the big reward) for her contest winning feature, ANATOMY OF A BREAKDOWN. At the risk of sounding cheesy, it was a poignant and incredibly rewarding moment, realizing just how far so many of my writers have come.

Luckily, most of the writers I have worked with who have gone from emerging to professional have kept me on for the ride, which means that now I get to support them as they navigate the room for the first time, make the most of their generals, impress on their first writing assignments, deal with representation or see their first big spec go to market. But what it also means is that my roster of clients, my list if you will, has been left with a bit of a hole in it. Don’t get me wrong: It’s a privilege to get to work with a slew of up-and-coming writers, alongside my established professionals. But as my heart is with my writers breaking in, in recent months I’ve started to wonder where the next breaking-in wins will come from.

Fortunately for me, I do have so many wonderful writers that I have very high hopes for in both the television and feature space, each one of them absolutely capable of breaking in, so I have no doubt they will gain traction in time. But for a girl whose list used to include mostly emerging writers and very few pros, and over the years has become a lot more pros than emerging, I couldn’t help but wonder: When will I meet that next amazing writer primed to break in? Is online the way to get there? Facebook, twitter, newsletters, blogposts like this? After all, I met my husband (of almost 15 years!) online. Who’s to say that the next great writing client can’t be found utilizing the same general strategy?

But… you can’t really write a want-ad for the ideal client, can you? If I did, what would it say? Maybe something like…

Me: I hate talking about me. If you are not sure, check out my bio page.

While luck favors the prepared, there is no denying that without talent, there is only so much anyone can do in the professional screenwriting space. But talent is not enough; I don’t believe that any writer is born industry ready. There is craft to learn and hours to put towards mastery (10,000 to be exact), classes to take and books to read, scripts, and essays and personal statements to develop, all of which should come to make the case for the writer’s undeniable talent.

In order to go from emerging to professional, writers have to work hard. And not only work hard, they have to work smart. To be consistent. To put in the hours, to generate those pages, to continue getting out there and build meaningful relationships, even when they haven’t had a meaningful win for a while or feel that they don’t quite yet have anything to offer. A screenwriting career doesn’t build itself. It takes someone who is willing to be consistent month after month,  year after year, who is ready to put in the hours, even when things are not moving at the pace they like (because, let me tell you, no one ever breaks in as quickly as they had hoped!)

In order to find success in the industry, screenwriters have to put themselves out there. That means getting notes from the toughest of critics (and learning from them!) then sending their work out into the universe, even if that means ultimately being rejected. It also means learning how to get personal and real in sheer minutes when they take showrunner meetings or go in for generals, learning how to speak about themselves in an authentic, vulnerable and real way, despite knowing that the job – any job – might end up going to somebody else.

While a writer should have some level of confidence in what they can do in a room or on the page, no one likes a braggart. Writers who break through tend to be those who are humble enough to appreciate a good collaboration, are not too proud to take notes from their reps, executives or friends (or anyone else who has something smart to add), and are always ALWAYS appreciative of and quick to acknowledge the support that’s been extended their way.

Whether hiring into a writer’s room or looking to fill a writing assignment, executives, producers, and showrunners tend to hire people that they like. Agents and managers, too, don’t want to invite anyone who annoys them to communicate with them on a regular basis. The writer doesn’t necessarily have to have the most glowing personality in the room to get hired. But they should be personable, knowledgeable and professional in order to earn the sort of consideration that they would like. Or, as manager and The Blood List founder Kailey Marsh told me when I interviewed her for my book BREAKING IN: TALES FROM THE SCREENWRITING TRENCHES: “Don’t be weird.”

For writers to succeed in this space, they have to go all in, and not give up even when their scripts don’t garner the reaction they were looking for. When they fail to get into the Television writing programs, are not invited to interview for the screenwriting labs, fail to surface in the major contest or get any love – or significant interest – from representation, it’s their determination that will keep them at it until they break through and become a bona fide working professional.

I can go on and on about the flip side – those characteristics that get in the writer’s own way every time (and believe me, I speak from experience) – but I firmly believe that if the writer possesses the qualities noted above, those deterrents are really not going to show up. If you continue to grow and learn and write, to develop your industry relationships and consistently put in your time, the industry will sooner or later show up. So if you are indeed that writer… don’t hesitate to reach out! or sign up to work with me!