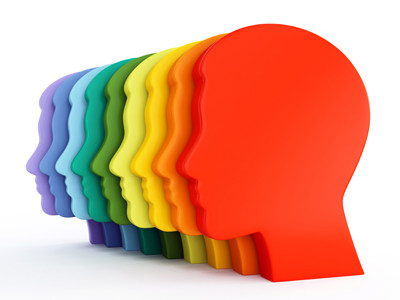 Full confession: I am an Excel junkie. I love data. I love slicing and dicing. I love finding commonalities and consensus. I can spend hours sorting data this way and that, exploring the various conclusions it gives me, seeking out new information within it I might not have seen. But sometimes, working within this industry, there are no clear answers. The variants are too great to draw any specific conclusions from. So I have to find new ways to look at the data, and see what new knowledge I can gather from it.

That’s how I came to think about the common traits of successful screenwriters. After all, in today’s industry where the spec market is challenged and the television space is ultra competitive, there is no one sure path to success (then again, was there ever? No matter. I digress). Regardless of how hard the collective “they” continue to tell us breaking into the industry is, the reality is that new writers break in all the time. Case in point? As I am writing this, one of my writers got into the WB Television Writers Workshop (yay!!!!) while another is actively shopping his pilot with a production entity all around town. What does that mean? It means that despite all the deterrents, and despite the fact that there is no one clear path to success, screenwriting success is, indeed, happening. And if we can’t look to the common paths that got these writers close to their Hollywood dreams, what we can look at is the common traits these varying writers have exhibited on their paths to becoming a screenwriting professional.

Before I take it further and really dig in, a disclaimer: Of course, there will be outliers. While I don’t know them myself, I am sure I am sure there are a few writers out there who’ve broken in in recent years who maybe weren’t very consistent, or hard working, or were entirely socially inept. I am certain of it. But I am also just as certain that the common qualities displayed in the vast majority of successful writers have been a great asset to the writers who possessed them in this quest for breaking in.

It goes without saying that every writer breaking in should be creative, have their own voice, unique vision, and skill set on the page. But beyond that, what are the qualities that successful writers possess?

Other traits come to mind, too. Traits like: Generosity. Consistency. Ambition. But I think by now you get the idea. The point is not to master each one of these traits; instead, it is to figure out whether you can take a little bit from each in order to bolster your chances and better your efforts. No writer is perfect, and it is important to remember that. But the writers who do break in do tend to have mastered at least a few of the above traits.