Blog
Entertainment industry insights for screenwriters
LeeJessup.com / Breaking In: Representation / How To Get A Screenwriting Agent 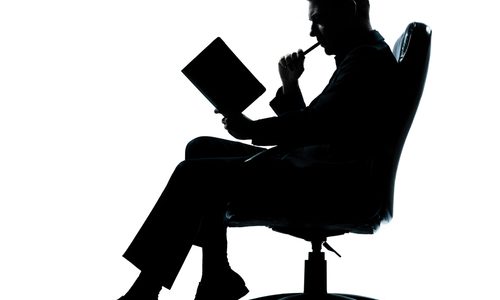 How To Get A Screenwriting Agent

One of the questions I get asked most often, whether in a general email sent in through my contact form or by a new writer I am sitting down with for the first time, is this: How Do I Get An Agent?

The answer – that no one wants to hear – is this: As a new writer, the start of your career is not getting an agent.

Unlike the roaring 90’s, when the spec market was alive and kicking and agents were the sole – or main – conduit of screenplays into the professional space and therefore consistently and aggressively reading scripts and seeking out new clients, today, it is near impossible for an unproduced, unestablished screenwriter without a major contest win, a writing program placement or a manager to his name to get an agent, unless, of course, pre-existing industry relationships come into play. Now, note that I said NEAR-IMPOSSIBLE. I have seen young writers get an agent when the agent was just minted as such, taken off a desk, crowned a “junior” and instructed to start building his list. Beggars can’t be choosers, so junior agents often seek to populate their client list with emerging writers in a position similar to their own, i.e., just starting out. Short of that? Hard to fathom.

And for the record, yes, there have been scenarios in which an agent – more often than not Verve partner/top selling agent David Boxerbaum – swooped into a name contest, snapped up a script that made the Top 25 (which happened twice, once with Eric Koenig’s MATRIARCH in 2014 and again with Pete Barry’s MARIAN in 2017) and sold it to a major studio. But we all know about those stories because they’ve not happened THAT many times. More often than not, it’s going to be very, VERY difficult for a new writer to get an agent.

Let me explain: Agents have sales goals. Aggressive sales goals. And meeting those sales goals is what allows them to keep their jobs, their expense accounts, and their status around town. They are in the business of doing business – selling scripts and booking clients on jobs and assignments. Furthermore, they are in the incoming call business – for the most part, they are looking for clients who will generate incoming calls, rather than clients for whom they will have to conduct a substantial volume of outgoing calls in order to stimulate business. Because of this, agents are not traditionally looking for clients who are not yet established. Except for the rare scenario in which a top agent will take on a “project,” i.e., an up-and-coming writer, to help build up to a bona fide screenwriting superstar, agents are not seeking out those writers they have to help get a job or staff on a show for the first time. They are in the business of booking jobs, closing deals, collecting the money. Without those elements in play, there would be little they could do for their writers.

So… How does a writer get her first agent? The answer is a simple, if not obvious, one: Get a manager first.

As top-selling manager Jeff Portnoy told me when I interviewed him for my book BREAKING IN: TALES FROM THE SCREENWRITING TRENCHES:
“Managers tend to serve as, to use a sports analogy, scouts for the agencies. It’s our job to be out there, judging screenwriting competitions and TV writing competitions, meeting writers and developing material. And then when we feel the writer is ready we reach out to the agencies and the agencies hopefully will sign them, and then together as a team we go out to the town with the material and get the writer meetings.”

Indeed, today, managers are the ones who have been placed on the forefront of talent discovery when it comes to finding screenwriters who can go next level. It is the manager’s job to identify writing talent that possesses industry potential, to help develop that writer for the market, be it through the ongoing development of an existing screenplay or pilot that has been deemed (by the manager) suitable for the marketplace, or develop brand new work in the form of a spec screenplay or television pilot, one that would be better suited for and more marketable in the current professional climate. Once that pilot or screenplay has been developed to near perfection (or at least once the manager decides that it’s ready, and not a minute before that), the time comes, hopefully, for the manager to make the introduction to an agent, or a number of agents, who could potentially help shepherd the writer and her work into powerful industry hands, be they producers, showrunners, hiring or covering executives.

The manager will attempt to play matchmaker here: find the agent that would be most passionate about the writer’s work and have the track record to imply that he would work hard to get it out there. Some managers like to go out to agent meetings with their clients; others send writers to agent meetings on their own, and ask to report back. The agent should be strong where the manager is weak. If the manager handles all the day-to-day servicing, including development of pages and management of industry relationships, the agent should be able to make the push on setting meetings or efforts towards staffing. The agent and manager on the writer’s team should complement one another. There is no point in paying 10% to each while they do, effectively, the very same thing.

On occasion, agents, too, will want to give notes before a screenplay is launched into the professional space, whether for a potential sale, or as a writing sample for staffing or assignment work. While many agents do not do this, and may give just one or two cosmetic notes before the screenplay or pilot is unleashed, others will go a bit more in depth with the development suggestions. While this may ultimately mean more time before the screenplay gets out there, it is – so long as the writer agrees with the agent’s note (or the note behind the note) – a good thing. The more invested the writer’s team is in the work, the more passionate they will be when it comes to selling.

An agent and a manager should work in harmony. They are also levers to pull, should one need to motivate the other. The writer’s agent is suddenly taking days to return emails, or slacking on their work? The writer should tell the manager that she is concerned. The manager is not really showing up on development as they’ve done in the past and making the process unproductive, if not outright difficult? Unless the writer is being unreasonable, he should tell the agent that the development process is getting frustrating and somewhat futile, and see if the agent can help get the message conveyed.

Having an agent and a manager can – and often does – mean having more advocates on the writer’s team. However, there is also a downside to this, as manager Jewerl Ross, who reps Academy Award winner Barry Jenkins, told me when I interviewed him for my book, BREAKING IN:
“You assume that when you get an agent, your agent is going to love your stuff and send it to people, but that’s not always the case. The agent is another test for any piece of material. Not only do I (the manager) have to love it, but then the agent has to love it for it to see the light of day. Not every young client needs another test before their material reaches the marketplace. Not every young client can handle the politics and the parameters that come with having another layer, you know? With me, on the face of it, my rules are very simple. I must have an emotional connection to this material and think it’s good, and then I’ll send it to everyone I’ve ever met. With the agent, their rules are sometimes about: is it commercial? How many of these ideas have I seen before? Will people think it’s better than the last thing? You have the added complication of: Did they really read it well? Do they really have good taste? Are they smart? When someone asks me, Oh does this client want an agent? I have to think about all these things. Do I think the client can handle another barrier? Do I have the strength to navigate tricky political waters for this particular client? Do I have the strength, or the time, or the desire to handle those machinations for this particular client? It’s not just about having more hands to help you. Because under that scenario, yes, I want all my clients to have agents. But the reality is, more people, more problems.”