Blog
Entertainment industry insights for screenwriters
LeeJessup.com / Branding & Marketing / You Are Not A Beautiful And Unique (Screenwriting) Snowflake 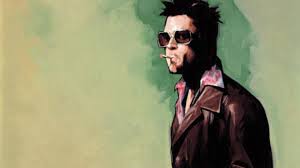 You Are Not A Beautiful And Unique (Screenwriting) Snowflake

Recently, a newly minted emerging writer asked me to meet with her. She had recently made the decision to shift careers to screenwriting, got her copy of Final Draft, started taking television writing classes, and now wanted to sit down with me to find out what it was going to take. I went through the usual breakdown: the general time span projections (three to ten years, though many do say that three years to break in is way too ambitious; it’s usually no less than five – but I have seen it done in three, so there), and the various demanding channels through which one could conceivably break into TV (fellowships, relationships, staffing, feature spec sales, etc.). I even gave her the little mini lecture I give everyone: this is not easy. It is possible, yes, and I do see writers break in all the time (after all, if I didn’t I wouldn’t have a job) but at the end of the day it’s going to take A LOT of work. You have to put in the time. You have to produce the content. And the content has to be GREAT. The writer looked at me, perplexed. I could tell from the look on her face that she didn’t think any of this actually applied to her. So I probed. And I dug. And sure enough, it turned out I was right. “I accept that these are the demands on just regular writers,” she stated, clear as day. When I asked her what she meant by “regular writers,” she explained, “Considering my background, surely I can get hired onto any number of television shows right now. You can’t treat me like just any regular writer trying to break in. I’m not one of them.”

Before we go any further, let me fill you in a bit more on the writer at hand: she decided to shift to screenwriting after a short but very respectable career in a specialty field of law enforcement. There were lots of intriguing assignments. A number of commendations. All of which – she felt – should allow her to pass go and head straight for those shiny TV writing bucks. And she was convinced. Based on “real life” skill set alone, a few phone calls should get her hired within days. Even though she had no pedigree in the screenwriting world. Even though she had yet to complete a single TV spec, original pilot or feature spec that put her writing skills on display.

Fortunately, this is not the first time I’ve been to this specific rodeo. It’s not the first time I’ve sat down with a writer who believed that a previous occupation and some real life experience could open doors that lead directly into jobs in the television or feature writing space. I always knew that having special training or a unique skill set can certainly help get a writer attention. Heck, one of my writers got her break fifteen years ago as a consulting producer on a procedural cop show after working as a NYC beat journalist. But that was then, and since then, a lot has changed.

A few months ago after encountering a less presumptive writer in a similar situation, I had to ask myself: “I know what I know but… Am I missing something?” I talk to agents and managers all the time. They ask me if I have good thriller writers, or strong female writers, or writers who write great bio pics. They never ask if I know any writers that come out of the medical field or have law enforcement experience. Still… is there a magic line item on the old professional resume that could get a writer staffed, no questions asked?

As I often do, I took this question to my friends in representation to see if they could provide further enlightenment on the matter. One manager, a good industry friend from a prominent Beverly Hills based management company with whom I get together for a chat and a tea every six months or so, provided this insight: “We’re in Los Angeles,” she said, very matter-of-factly “at this point you can throw a stone and hit any number of writers with specialized experience. Everyone knows someone who knows someone. Someone who was in the military, someone who wrote manuals for the CIA, someone who worked in the hospital. Which is just to say, that’s just not enough to get those consulting producer jobs on TV shows these days. Unless you’re a good friend of the showrunner and they want to give you a break. For everyone else who’s just trying to break in, the writing – first and foremost – has to be there.”

A few days later, I had the good fortune of interviewing the formidable Markus Goerg, founder of the prestigious lit management company Heroes & Villains, for Final Draft. I asked him if those professional life experiences made a difference for emerging writers making a career change. Here is what he had to say:

If you have something that’s different about you, absolutely bring that up (in the room). Are you a former sports champion? Do you play some obscure sport? Did you work in the CIA as an analyst and then left because you wanted to do something more creative, or are you an EMT? Whatever it is that you can bring to the table that might make you different or interesting to the person in the room is going to be important to bring up because it’s going to be something distinctive about you specifically that might fit a project.

This might sound fantastic for all of the “specialists” out there on first blush. But Markus is talking about bringing this experience into THE ROOM. Into your general meeting. The general meeting that you got after the executive read your stellar work, loved your voice, and decided that they wanted to meet with you.

Listen, I get it. Three to ten years of hard work is a lot to put in when you don’t have any guarantee that you will break in at the end. I get that people want to find a secret door, a short cut, an easier way in. And ten years ago, when television specifically wasn’t so saturated, we had a lot more opportunities to bring novices into Consulting Producer positions, and build television writing careers from there. But now, the game has changed. Significantly. There are a lot more writers trying to break into television, bringing all  sorts of complex experiences and fascinating life stories into the room with them. Unless you know someone very high up who likes you and believes in you at every level, there’s just no getting around the simple fact that you are going to have to put in the work. In order to be respected by your colleagues once you do get into the room, this is something that’s imperative to your success. You have to master your skill. You have to understand the television writing tool sets. When all is said and done, every writer who gets hired and wants to build a career writing in the film or television space is going to have to show that they can deliver on the page.

At the end of the day, although every writer has a unique voice, unique point of view, unique story to tell, it is highly unlikely to break in these days on the merit of being a talented and unique snowflake. In today’s market, when so many talented writers are pushing their work and continuously developing their craft, you are going to have to work just has hard in order to be able to get the opportunity to tell the story which might make you a viable candidate for a particular room or writing assignment. I’ve said it before, and I’ll say it again: it all starts with a good script. With a great script. Once you have that, then you are well on your way. For good or bad, at least for the most part, there is just no getting around that.