Blog
Entertainment industry insights for screenwriters
LeeJessup.com / General Career Advice / What Every Aspiring Screenwriter Should Know (but no one tells them) 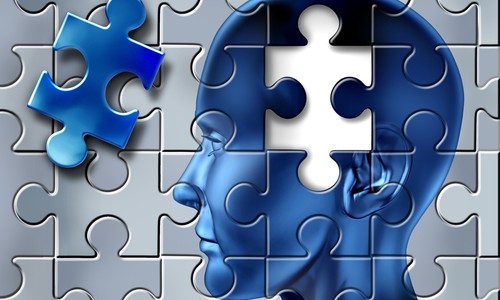 What Every Aspiring Screenwriter Should Know (but no one tells them)

What is the deal? If you’re over 35, are you as good as dead? Do you really absolutely have to pick a genre? And is the spec market really dead? There are some rumors that seem to have become truths out there, while other realities have been written about again and again. Yes, you can make it if you’re over 35. And, for the launch of your career, you are indeed better off picking a genre and sticking to it. As for the spec market, look no further than The Scoggins Report to confirm that the spec market is alive and well. While the noise rages on about these topics, there is a slew of others that are rarely addressed. Here are just a few of those truths, that every aspiring screenwriter should know, even if nobody tells them:

Your first script is not going to get you there
Doesn’t matter how good you think it is, how much talent you have or how much time and effort you’ve invested in the work; your first screenplay will rarely be good enough to get you the attention you deserve. Most industry types look at screenplay 1 to 3 from new writers as practice. It’s scripts 4, 5 and 6 that will put on display your honed skills. If you’re taking a new script out into the industry and are excited to share it, don’t tell industry executives you come in contact with that it’s your first script right off the bat; unless there’s a million Dollar idea buried deep inside of it, the knowledge that it’s the first script from a new scribe might stop them from giving it serious consideration

Agencies are always looking for worthwhile writers
While agents from agencies big and small are known to spout such declarations as “You can’t get an agent!” the truth is that they are looking. Every last one of them. Agents get to keep their job if they have material they can sell. Finding new, fresh, exciting material to sell, and buzzed about writers for whom to procure work, is bread and butter in that world. What they do mean with that big, broad, disappointing statement is this: You can’t just walk up to an agent without any previous successes and get them to sign you. That is just not going to happen. The agency world works a bit like the mafia – they have to have someone vouch for you before they take you seriously. The good news? “Someone” is a rather broad term: contest win, colleague, pitch event. They just want to know that by looking at your work, their time is not being wasted.

No one thing will make it happen
Everyone thinks: Oh, if only I won that one script writing contest! If I could just get my script to that one manager! If only I could get into that event, or get a high score on The Black List’s listing service… The reality is that it takes a combination of things to make it happen, so you have to fire on all fronts, and keep doing it. Nobody knows what the road leading to screenwriting success will look like for them, especially since screenwriting success differs for everyone. Trust me, I’ve talked to hundreds of writers who have “made it,” and their road did not look like anyone else’s… Because of this, it’s important that you stay active on all fronts. Say you did win that one contest… What if you don’t have a stellar follow up? Or you did get some attention through The Black List’s listing service, but didn’t have a short pitch ready to help you feel confident when you talk about your projects? In most cases, screenwriting success happens when a number of elements come together, when a series of wins unfold in your favor. And it’s up to you to aggressively pursue them, and be wholly prepared when success, or the potential for success, does show up.

We love the script but…
If you get a rejection letter or email telling you that the production or representation company you approached loved the work but just felt it’s not right for them, DON’T take it at face value. They don’t know you from Adam, so they don’t know that you won’t become the next Chris Terrio some day, and therefore don’t want to offend you, just in case. If they loved the script like they said they did, they would have wanted to meet you, or passed the work on to someone else. Good work rises to the top, and everyone wants to be associated with good material. By being nice to you and staying on your good side, the company responsible for the letter is keeping you from recognizing that the screenplay doesn’t work, and either engaging in some investigative work to uncover where and why it failed, or moving onto the next.

Getting representation is where the hard work begins
You know the saying, it’s harder to keep an A than it is to get an A? Nowhere in the industry is this truer than in the representation game. Many a screenwriter thinks that once they’ve secured representation they can rest on their laurels and wait to see what comes next. Instead, it’s just the opposite: Once you’ve gotten an agent or a manager’s attention, you’ll have to work hard every day to keep them interested. Representatives want to see that you are a stellar, consistent source for new work. And that the work you turn in is ready for the marketplace. So accelerate your writing schedule, and make sure that any material you turn into them has been seen and signed off on by somebody else, be they a writer from your writing group or an industry analyst. As a repped writer, you are competing not only with your rep’s other clients for attention, but also with aspiring writers who are eager to take your place.

No matter the genre you write in, the city you live in, or the length of time you’ve been trying to make a go of it, make sure that your efforts are thought out, and driven by deliberate strategy.