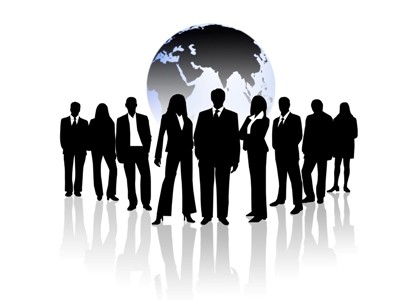 Every business sector, every unique industry, comes complete with its own set of rules, its own specific edict of etiquette. Nowhere is this more true than it is in the entertainment industry. The more I talk to friends and family working in finance, in law, in medicine, in academia, the more I am reminded of this. Therefore, I thought it would be wise to break down some expected and accepted industry etiquette, whether you’re exploring it for the first time, or considering how to better prepare yourself for ongoing meetings.

Never answer calls with emails
If an agent, manager or executive calls you, don’t answer with an email; instead call them back. Emailing instead appears like a copout, and implies an insecurity about having to engage in an exchange on the phone. The only reason to email is if you’re on an airplane or out of the country, and therefore can’t make the call. Similarly, if a manager, agent or executive emails you, you want to answer with an email; if they feel what they have to communicate with you can be discussed in writing, you should be able to address it similarly rather then insisting on a phone call.

Return calls during office hours
If an agent, manager, production or development executive calls you, return their calls during business hours. These are the hours when the industry operates, and during which you are expected to be available, despite the day job or any other obligations that may be keeping you away from the phone during working hours. In the simplest of terms, office hours are when industry folks are in the office, so if you want to get a hold of them, this is when you should call. Continuing to return calls only after hours or on the weekends implies to the executive that you likely would not be available during business hours, making it more difficult to engage with you, or, worse, that despite appearances and stated intentions, you don’t really, actually want to talk.

Don’t be a persistent caller
Agents, managers, production and development executives are dealing with many people every day, be they clients, production partners, agents, managers, distributors and financiers. Therefore, if you’re putting in an introductory call, or looking for a word back on a script you sent in, don’t expect them to call you back right away, if at all. Many industry executives prioritize calls based on active clients and projects, returning phone calls to new and unknown entities only when everything else has been taken care of. Because of this, you don’t want to call again and again, twice a day or every day until you get the executive on the phone. This is why assistants and interns are put in place: They are the gatekeepers, making sure that only the most pressing phone calls from top priority people get through to an industry executive. If this is not regarding a pressing matter for the executive in question, it’s in your best interest is to try following up via email, or otherwise allowing ample time and little pressure to return your call.

Work on your social skills
The industry is a highly social environment. Many meetings are taken over breakfast, lunch, dinner, coffee and drinks. Therefore, it is in your best interest to develop your social skills, so that you can communicate causally but effectively in these particular settings. When I started coaching, I took a series of meetings out of a conference room, only to discover that if I met with the very same writers in a social setting, they often behaved awkwardly. Because so many industry meetings take place in restaurants, coffee shops and even bars, I now take in-person client meetings exclusively in social settings, as this allows me to assess the comfort level of the writer in the environment.

Embrace the smart phone
Smart phones are everywhere in the industry, so it’s in your best interest to get used to them. They will be present during business meetings, out at drinks and may on occasion serve as a distraction for the person you’re meeting with. This is an industry that moves fast, and many executives simply can’t afford to fall behind on the information. That said, this is not something anyone sitting on the other side of the desk should concern themselves with; in this day and age industry executives are well versed in processing information from multiple sources and withstanding the distractions, making the smart phone part of this industry’s ever-present business realities. On occasion, an industry executive will have to excuse themselves to take a call during a meeting; trust that this will only happen with urgent calls that come in, and it will be in your best interest to swallow any frustration and be gracious.

Get used to talking about your ideas publicly
As stated earlier, many industry meetings with agents, managers, production and development executives will take place in often crowded establishments such as cafes and restaurants. These are the same environments where you will often be asked “What else do you have?” or “tell me about yourself,” and be expected to speak confidently and comfortably both about the projects you’re developing as well as about yourself. Often, new and emerging writers grow concerned that someone in the next table will hear their idea, hurry home, and write their own million-dollar script based on it. Trust me when I tell you that this is not something you need to worry about. My pro writers never have any problem discussing their ideas loudly in the most crowded environments. This is for one simple reason: While a strong idea is crucial to a successful script, this is an execution-based craft. Therefore, one’s career is built heavily on how an idea is executed rather than just the idea itself.

Be available for meetings
Meetings are scheduled – and rescheduled – based on an executive’s availability. Therefore, when a meeting time is proposed, the best (and only) answer is “I will be there.” Otherwise? You are sending a message that the executive and anyone he puts you in touch with will have to work around your schedule or your travel availability, something that could potentially hinder a successful working relationship. While out-of-town writers shouldn’t make travel arrangements for any joe schmo who wants to meet them, reputable agents, managers and production or development executives represent potential relationships that can be career-changing. This is when you want to take the chance and spend the money, as they could make all the difference in your screenwriting career trajectory.

If they ask for a script, deliver it
You met an agent, manager, production or development executive and told them all about a screenplay you’ve written. Now they are curious to read it. Congratulations! You’ve done your job. But you have to deliver the draft and in a timely (2-3 week) fashion – you can’t take 3 months between the time an executive asked for it, and the time you hand it over. This is an indication that even though you’ve talked about the script as though it were done, in reality it was not ready to show. And that, in the simplest terms, is the mark of someone who is less than a professional.

The list above only begins to scratch the surface of how to behave in the industry environment. As you get to know various executives, be they in the representation, development or production sectors, be sure to make note of any preferences they share with you, whether they start early every day and like to receive calls before regular business hours, or generally prefer email as a mode of communication. Understanding how the industry works, and finding your own way to become comfortable with it will go a long way towards walking the walk of a professional.

Lee Jessup is a career coach for professional and emerging screenwriters, a twice-published, best-selling author, and consultant whose expertise have been utilized by major studios and networks. Lee’s clients include writers who have major spec, pilot and pitch sales under their belts, staffed television writers, television writing program fellows, Hit List, Blood List and Black List writers, as well as writers just beginning to chart their professional course. Lee is the author of BREAKING IN: TALES FROM THE SCREENWRITING TRENCHES (Focal Press) and GETTING IT WRITE: AN INSIDER’S GUIDE TO A SCREENWRITING CAREER (MWP). She instructs and mentors writers chosen for Universal Studios’ prestigious Universal Writers Program, and also consults with NBC International. Lee’s professional background includes a stint as a working screenwriter, a development executive, and the director of ScriptShark.com. Lee is a mentor for Final Draft’s Big Break contest winners, as well as ISA’s Fast Track contest winners. She has appeared in countless screenwriting conferences and panels domestically, abroad, and online, is a contributor to Script Magazine, and has been the interview subject of countless podcasts. Never too far from the industry, Lee resides in Los Angeles with her family.