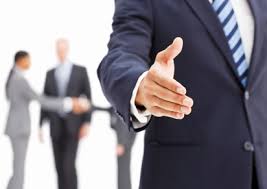 Representation: The Right Time To Approach An Agent

Recently, I met with a writer who approached me because she decided that the next stage of her career was getting an agent. Agents help writers build careers, don’t they? Therefore, getting an agent seemed like the natural next step.

The longer we talked about it, the more I was reminded that many writers often overlook why they should get an agent, whether they need one, and, if they do need an agent, when they should need one. Late one Sunday night I decided to try and break it down, and here is what I came up with:

You should contact an agent when… You have something for them to look at. Not the promise of something, but something tangible, in your hands. There’s little as frustrating as getting the right attention at the wrong time; If you don’t have a finished screenplay ready to show, or a Million Dollar idea that is not execution dependent worth talking about, then it’s not the right time to approach representation, specifically of the agency kind.

You don’t need an agent when… You have a small indie script that you are going to raise the money for yourself, or have the connections in place to get it made. Why would you need an agent in this stage? They would only be getting paid off the work you have already done for yourself. An agent comes into play when you need the introductions, when you need their reputations to help get your viable script into the right hand. That said, once you’ve finished your self-financed project, you may decide to contact an agent so that they may help you get your next, bigger-budget project placed on the back of your self-made success.

You should get an agent when… You have a screenplay that is airtight and absolutely without question ready for the industry. This means that you have a screenplay that is ready to SELL. That has the potential of earning the company that buys it a lot of money. Agents rarely deal in small indie scripts, unless the brand of the writer behind it is incredibly promising and worth pursuing (a la Diablo Cody). Whether the script ends up selling or instead becomes the sort of writing sample that can create some buzz, open doors and build relationships is irrelevant; An agent is not going to do the work for you unless they think that your script has the potential for revenue and returns.

You need an agent when… A company or individual is interested in buying your script. Whether it’s going straight for a sale or instead an option agreement is secondary; the point is that there is something to “paper”. This is when an Agent is at their best: Closing a deal, and dictating terms. This is what they do, and what their more established clients are happy to shell out 10% for time and again. Of course, if the Dollar value of the deal is smaller or the deal itself is very straight forward you may decide to opt for a lawyer instead and save yourselves a few pretty pennies, but outside of making introductions, papering a deal is what most agents do best.