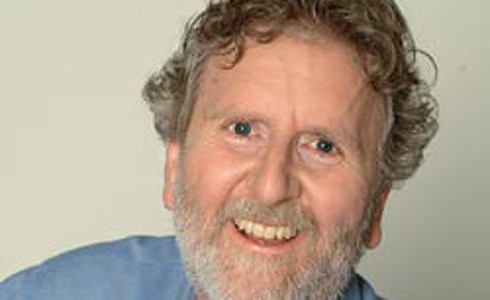 Most every screenwriter out there who has ever looked through popular screenwriting books or attended screenwriting events is familiar with the name Michael Hauge: On retainer with Will Smith’s Overbrook Entertainment, Michael is a screenwriting guru and story consultant who has worked on projects for the likes of Will Smith, Reese Witherspoon, Tom Cruise and Morgan freeman, and consults actively with emerging and established screenwriters to elevate their work. Having recently met at a screenwriting event, I found Michael to be brilliant in a wholly unpretentious way, insightful, and, most surprisingly, incredibly approachable. The sort of guy I could imagine spending an afternoon with talking endlessly about the thing he loves most: movies, and what makes them work.

Generously, Michael agreed to answer a few questions for me about his process working with both produced and novice screenwriters, the lessons he’s learned, and the core philosophy at the heart of his approach. Here is the wisdom he so generously shared:

Could you tell me about your approach to screenwriting, and the foundation that’s at the heart of it?
If I had to boil it down, I’d say everything I do in my coaching and speaking and writing is about uniting CHARACTER and STRUCTURE. People in Hollywood often talk about “character driven stories”. But ALL stories are character driven. Every movie, every novel, every myth and every fairy tale is about a character’s reaction to some new event. In response, every hero wants something, and that desire drives the story. And it pursuing that desire, the hero faces huge obstacles and conflict, and that’s the source of emotion for the reader or audience.

Plot structure is simply the sequence of obstacles the characters must overcome as they pursue their goals. But the key to elevating a story from simply interesting to emotionally compelling is to understand how that structure applies not just to the plot, but to a character’s INNER journey as well.

Richly drawn characters have suffered some wound in the past, and as a result are stuck inside their own emotional armor – what I call the character’s IDENTITY. But in order to achieve their visible goals, they must risk leaving that false self and move toward a genuine existence – what I term their ESSENCE. This ongoing tug of war between living a protected but unfulfilled existence and living the terrifying vulnerability of who they truly are – this is the character’s inner conflict.

When writers and filmmakers recognize that great stories explore the hero’s transformation from living in fear to living courageously, that’s when their scripts and novels and movies can begin to approach greatness.

So my goal is always to find that deeper level to stories and characters, and to help their creators bring out those layers in ways that will connect with audiences as powerfully as possible.

What is your process when working with unproduced writers vs. produced writers?
It’s absolutely identical. After reading the writer’s script or manuscript or treatment or story concept, I always begin by asking questions. LOTS of questions. It’s essential to me to learn how the client sees his or her story and characters, why they love the idea, what they’re hoping to say thematically, which films or novels they see as similar in terms of genre or tone or demographic. Then I will begin pointing out ways in which the story isn’t consistent with what they want it to be, what story principles or commercial considerations apply, and how similar films (often the ones they mentioned) might have dealt with whatever issues we’re addressing. The particular elements differ with each story – no two writers and no two stories are the same – but they’re all built on a foundation of character, desire and conflict. From there it’s just a question of what the story needs and guiding the writer or filmmaker toward that. This is how I approach scripts and manuscripts by first time writers, and it’s how I approach the work of million dollar screenwriters and best selling authors.

What makes an ideal writing client?
One who won’t dig in their heels and argue or defend every issue that I raise, but at the same time believes in their story and won’t just cave in and blindly follow every suggestion I make. Someone who will surrender to the process and trust that I know what I’m doing, but will question anything they don’t understand or don’t feel comfortable with. Someone who recognizes that this is a collaboration, and our greatest commitment must be to their story. Someone who exhibits the traits listed in the next question.

What in your work provides you the most satisfaction, and why?
THIS is an impossible question to answer, because I do two things I absolutely love. The first is lecturing about all aspects of story and movie writing to screenwriters, novelists and filmmakers. I get to share my passion for something I love, I inspire and empower them to strengthen their craft, and I guide them toward getting their work in front of the masses. I also get to be the center of attention for a hundred or more people, I get to talk a lot, I receive their laughter and appreciation, and I sometimes can change the way they look at movies.

But at the same time, I get to work one on one with storytellers, helping them realize their own vision for their movies or TV series or novels. Each person, and each story, is different and challenging. To be able to apply the elements of story that have moved and entertained me all my life, while helping writers find the courage to reveal themselves and bring out their own talent, is unbelievably rewarding.

There’s a line I love in Kurt Luedtke’s script for ABSENCE OF MALICE. The reporter played by Sally Field is asking her editor why they do what they do. He answers, “Mondays are always different than Tuesdays, you don’t have to lie a lot, and once in a while you nail the bad guy.” My career is like that – except instead of nailing the bad guys, we’re trying to nail the truth.

What are the most important traits of the craft for a new writer to master?
Tenacity. If you were to make two lists, one of successful screenwriters and novelists, and the other of those who failed, the difference would not be talent or age or gender or geography or connections or the industry or the economy or sunspots or anything else writers tell themselves to avoid facing this truth: writers write. They write every day, they started their current book or script as soon as they finished the last one, they think in terms of career and not a single sale, and they look at every unsold story as a necessary step toward improving their craft.

The traits that fall in line behind that essential one include (in no particular order):

MICHAEL HAUGE (www.storymastery.com) is a story consultant, author and lecturer who works with screenwriters, novelists, filmmakers, executives and film agencies both in Hollywood and around the world. He has coached writers, producers, stars and directors on projects for Will Smith, Reese Witherspoon, Tom Cruise, Julia Roberts and Morgan Freeman, as well as for every major studio and network. He is currently on retainer with Will Smith’s company, Overbrook Entertainment.

Michael is the best selling author of Selling Your Story in 60 Seconds: The Guaranteed Way to Get Your Screenplay or Novel Read, as well as the new 20th Anniversary Edition of his classic book Writing Screenplays That Sell. A number of Michael’s seminars, including The Hero’s 2 Journeys with Christopher Vogler, are available on DVD and CD at bookstores worldwide, and through his web site below. He has presented seminars and lectures to more than 60,000 participants worldwide. For information on his consultation services, products and lecture schedule, or to contact Michael directly, go towww.StoryMastery.com.