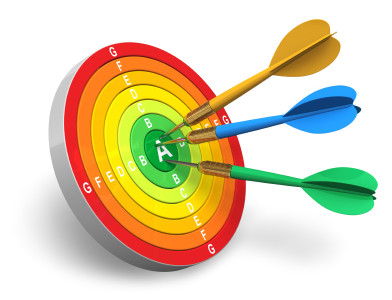 3 Steps to Building a Screenwriting Career

From my perspective, writers who have engaged in these steps on a regular, ongoing, methodical basis, ongoing growth has been experienced. It’s simply healthy habits and behaviors for any screenwriter who is looking towards a screenwriting career. And on the flip side? If you don’t engage in these three steps with every screenplay you complete, you significantly lower your chances for success in this industry.

So what are these three important steps that every screenwriter should take on regularly?

Step 1: Vet your material before you send it to the industry.

Recently, I met with a writer who was convinced that his material was industry-ready. After all, he’s been bringing pages to his group every week for a year, until all three members agreed that the script is READY. The only problem? None of the the group members worked a day in their life in anything related to the entertainment industry. They hadn’t taken a screenwriting class or opened a screenwriting book, they hadn’t worked with outside consultants or even bothered to read a screenplay. So this group that started as a great motivational tool (which I am all for, by the way), became a case of the blind-leading-the-blind. Here is what I wrote to this writer when he appeared perplexed at the thought that the screenplay may not be ready: “From my observation, exposing your work solely to non-professional, hobbyist writers has helped to a point but ultimately became a hindrance, in that the screenplay has been developed in a bubble removed from the expectations of the industry, and because of that does not meet the standards an industry executive would expect when considering the work.”

As Ira Glass said in his brilliant piece about arriving at the intersection of taste and skill, these guys had plenty of taste, but ultimately neglected the skill, and the writer who thought he was industry ready was ultimately nowhere near.

The old adage is true, which is why so many of us to say it over and over again: with any new script, you get only that one chance at a first impression. It has to be beyond reproach. Beyond ready. As many of you know, the industry can be harsh and unforgiving. Busy industry executives feel that sending them half baked material is, at best, disrespectful of their time, at worse an indication of your understanding (or lack thereof) of the craft and the industry.

So in a world where a screenplay is never done until it goes before the cameras (and even then can be effectively rewritten in the cutting room) how do you make sure your script is, indeed, industry ready?

The golden rule here is: Share your work with people who are better than you. People who have more experience. People who understand story and structure and character in a way that leaves you, quite frankly, a little intimidated. If you have industry friends who are working writers, who won big contests or even just managed to get a few steps ahead, start there. If not, find a consultant (Pilar Alessandra, Tawnya Bhattacharya, Ruth Atkinson, Jen Grisanti and Danny Manus are just a few of my favorites), or a seasoned, reputable reader (I highly recommend Andrew Hilton of Screenplay Mechanic and Rob Ripley of Third Act Screenplay) to give you knowledgable feedback. It’s critical for your screenplays’ success. Remember: screenwriting is an iterative process. You are not expected to get it right on the first draft. In order to get your work to its ultimate potential you have to challenge both the work and yourself. Exposing the work early and often – and of course to the right people – is how you get there.

If building a screenwriting career is like scaling the Everest, much of your odds for success lie in your pre-expedition training and the time invested in preparing and acclimatizing in base camp. Therefore, the first step in your game plan for any script and for your overarching career has to be all about getting the material stronger through some of the channels I just mentioned.

Hollywood is not an easy place to get an executive to read a script without giving him a good reason to do so. Unless you have that one in a million – how come no one’s done that movie/TV show yet? – logline, you have to compel an industry executive, no matter at what the level, to read your material. After all, executives are busy people, with screenplays coming their way from every possible direction. Believe me. I once had an LAX customs officer ask me if I’ll read his screenplay, and I am nowhere near as in demand as agents, managers, producers and executives. Creating effective pedigree for yourself and your work does one thing that will make getting noticed just a little bit easier: It sets you apart from the pack.

I think that it was Johnny Depp who once said that Hollywood reads the paper on Sunday morning to find out what it should think about what it saw on Saturday night. While that standpoint is somewhat cynical (though clearly entertaining), the truth of the matter is that executives don’t have time to read every single screenplay that comes their way. In many ways, creating pedigree for your work is doing some of the heavy lifting for the executive: Getting the work vetted on an industry level. Providing an executive with the confidence that he needs to believe that your script is worth his time and energy.

So once your screenplay is completed, vetted, and ready for the world, how do you create that all important pedigree?

Whether or not you were able to amass the pedigree you were looking for, so long as it’s vetted and signed off on by a seasoned reader or consultant, it’s time to take your screenplay out. It’s great if you have strong screenplays that you’re super passionate about, but if no one in the industry is reading them, what’s the point? Remember, one of the golden rules of building a screenwriting career is this: If you are not getting rejected, you’re not doing your job.

While the industry may appear very insulated and impenetrable, industry executives are, in many ways, more accessible than they’ve ever been. You just have to know where to find them. Consider that scribe Aaron Guzikowski (“Prisoners”) was discovered off a query letter he sent into his management company Madhouse Entertainment, and you can easily deduce that executives are looking for interesting writers with interesting content all the time. Now, I certainly won’t encourage you to paper the town with cold query letters as few companies still heed them the respect they once garnered. However, there are plenty of other – albeit more uncomfortable ways – to get your work out there.

But… First thing first. Before you expose your material, you have to prepare all the supporting material to go along with it. That includes:

Remember, luck favors the prepared, and professionalism is measured from the very first exchange, be it in person, over Skype or via email.

Once you’ve gathered all of your supporting materials, here are just a few of the channels for getting the work out there:

Remember, this is a business of relationships. As one who is setting out to build a screenwriting career, those relationships will come to serve as the foundation for getting out new work. To put it simply, you need to create fans and advocates for yourself and your work in the space. The reason for vetting your material is so that each person who reads the work can in the very least appreciate the skill set whether or not the screenplay is for them. Even if all you get in response to a script sent in is “It’s not for me but the writing is great” consider it a minor success, and return to doing your job, which is creating, vetting and delivering great work again and again. As your network grows, you want to keep in touch and check in as the months pass; never forget to send holiday cards, and check in when you have new work or success stories to share.

What I said in the beginning of this blog post remains true: There are no three easy steps to screenwriting success. Building a screenwriting career takes ongoing effort and consistent growth, creative development and hard work. But from my experience working with dozens of writers every week, I can tell you that if you take these steps and repeat them effectively and uncompromisingly with every worthwhile new screenplay you have, you will get started on the path that can one day lead you to screenwriting success.