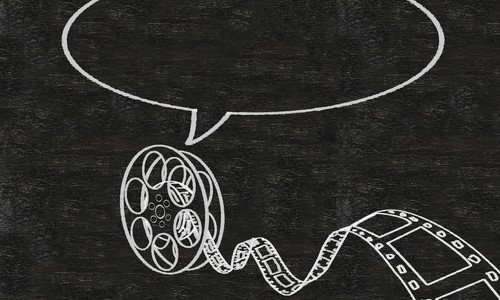 Writers talk – or should talk – about their scripts to everyone, and everywhere. You express excitement, dedication, enthusiasm for the story you’re aiming to tell, and the movie that it may become some day. However, in order for the material to get its fair shot in the industry marketplace, it’s not just about what you say – it’s also about what you don’t say. While every industry executive wants to hear passion, clarity and brilliance from the writer sitting across from them, it’s important that you choose your words wisely, and make deliberate strides towards discussing yourself and your material in the most informed, professional way. Therefore, here are a few things you want to consider when discussing your work, and one or two from which you might want to stay away:

Your script is just that: a screenplay

Often times, I come across writers who tell me about their movie. Their movie is a great love story. Their movie looks at outer space in a way never before done. Only after probing and questioning do I realize that the movie they are talking about is, in fact, not a movie at all, but rather their screenplay. Referring to a screenplay as a movie is much like referring a blue print as a house. In order for your screenplay to become a movie, people will have to get involved, and some amount of money will have to be spent. While you may see your screenplay as a completed movie in your mind’s eye, to everyone else it will be an outline for a movie until it is put on its feet and its potential is realized. In that vein, if you are asked what your favorite movie is, never answer “my movie,” unless, of course, it’s been produced, assembled, and screened before you. Not understanding the difference between a screenplay and a completed film will leave you looking very much like a novice.

A writer once told me that his script is the next American Beauty with Thelma & Louise thrown in for good measure. Two movies I hold near and dear to my heart. And even though I had every hope for the script when I read it, the writer set it up to fail before I had started on page one. Don’t get me wrong: the next American Beauty is something that the script may still become. But so long as it is in screenplay format, the writer is comparing apples and oranges, at best. The truth of the matter is that a screenplay, for all of its promise, could never hold a candle to a completed project, or, more importantly, to the emotions and associations we’ve developed around it in our own minds. While it is perfectly fine to refer to successful movies that came before your script to define tone and world (“it’s in the vein of Mean Girls” speaks directly to tone and audience), the reality is that even the best screenplays leave too much in the reader’s hands for interpretation in order to fully capture the experience of watching a movie. A movie, one that has been edited, sound mixed, and refined, is the magic that happens when the story leaps off the page, complete with quirks, powerful, unscripted moments, and nuance.

If you do decide to contextualize your screenplay by using movie comparisons to illustrate the world your story takes place in or the type of movie it will be, be sure to refer only to successful projects that have come in the space before it. While you don’t want to tout your screenplay as the “next” anything (since it would only set up your project to fail), you can certainly utilize specific examples that would allow the listener to understand the type of project your screenplay represents.

But what I really want to do is direct

All too often I come across writers who profess their ambition to direct their own work. Things like I am the only person who can really direct this or I really want to direct too are often said. The problem? Most have never directed a short film or taken a directing class in their life.

If you want to direct a movie, you have to have something to show for yourself. To put it simply, you’re going to have to fight hard to make a case for yourself as director. If a movie is a huge success, it’s the director who’s hailed. Millions of dollars in production funds rest on his shoulders. Your case as a director is made with a successful short film or with experimental directorial work that attracts the right attention. Or with a unique commercial. Or with a music video. You will have had to study both technical directing and film philosophy to really understand filmmaking rules, from how to compose a shot to effective storyboarding and developing narrative. Building a directing career is as difficult, if not harder than, becoming a working screenwriter. So if this is something you want to pursue, make sure you have the chops, the education and the experience to back it up, rather than speaking about directing without the work behind it. Discussing the desire to direct without a strong directing sample to your name will only give the person listening the impression that you don’t understand how the industry works or how serious the role of director is, thereby making you look like a novice.

If you do have directing experience under your belt, and want to pursue directing in parallel with your writing endeavors, be sure to inform the person listening about what qualifies you for directing. If you have aspirations to direct but have never pursued those, be sure to take comprehensive directing classes and create a few stellar pieces – be they spec commercials, music videos or short films – with which to bolster your director’s reel.

Whether you’ve sold a script or are just starting out, appearing professional is entirely in your hands. Choose the words with which you present yourself and be deliberate about the way you discuss both yourself and your work. It will go a long way for establishing yourself as a worthwhile professional with whom other people want to work.