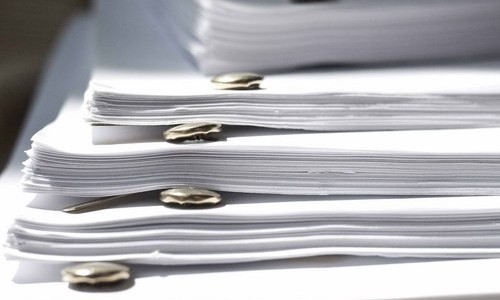 It’s an ongoing debate, one that has taken place everywhere from coffee shops to online forums: Is coverage a worthwhile service, or a worthless scam?

As some of you already know, I did, once upon a time, have a horse in this race. I was the Director of ScriptShark.com for upwards of 5 years, and to this day consider my successor, Ryan Dixon, a good friend. Not only was he once one of my readers; He is a good guy and very much a writer’s champion. A real mensch. But I digress.

The question I set out to answer was this: Is screenplay coverage a worthwhile investment? Unless you have some insightful, analytical script-reading friends who will tell you the honest truth about your work without being afraid to offend time and time again, my answer is a resounding, absolute, YES.

I wrote a column for Script Magazine about this once; Because I was employed by ScriptShark at the time, readers seemed to think it was simply promotion veiled as thoughtful editorial commentary. Well, I am out of the game. Out of the race. And I still believe now what I believed then: Screenplay coverage is a valuable path to getting feedback on your work from industry professionals who can serve as a meaningful barometer, a relevant gauge.

Now, this doesn’t mean that I just came out and endorsed every script coverage service out there. I will agree with those who argue that roughly 85% of what’s out there is a sham. It was amazing to see how many new coverage services sprouted up like mushrooms after the rain following the writer’s strike a few years back. A whole variety of people lost their jobs, interns, readers, development execs, needed to make some cash… You do the math.

The sort of services I believe in, that I consider useful, and a smart way to get unbiased script evaluation, are those who have made business of just that: Providing professional screenplay coverage to writers who are looking for sincere feedback. These services do not exist to keep their owners afloat until their next gig takes shape; they are there to provide an honest service to screenwriters who have not created for themselves a community or network from which to solicit real, analytical feedback on a regular basis. These services include ScriptShark, ScriptXpert, my good friend Julie Gray, and a few others who have managed to rise above the noise and maintain a standard beyond the rest.

With script coverage, the old adage is true: Buyer beware. You will get what you pay for. So don’t go for the cheapest service available. Those are usually not worth the money the credit card transaction will cost your banker.

Make sure that the service you are using has a real roster of active readers who are industry affiliated, have been around for a while, have earned their reputation. If they read for Joe Schmo Productions, you don’t care. Even if you end up not agreeing with their opinions, you want to know that you got read by someone who has worked for a company you’ve heard of, or that at least shows up in the research.

Don’t get coverage to hear your work is great, brilliant, that it will sell for millions. No real coverage ever says that. Even if the coverage is glowing, it should point out a few ways remaining in which the material can still be elevated. Look for the few points in the coverages that connect with the vision you’ve had for the work. Explore the others. Let go of the recommendations that turn your screenplay into something other than what you set out to create.

Some readers you’ll connect with. Others will just not get your work. You can view this as a fault of execution, or a fault of perception, but the reality is that in the “real” professional world, you will have that experience as well. With managers. With producers. With agents. Only they will not say it with so many words. They will simply tell you, or whoever sent them your script, that they did not connect with the material, and move on to the next. Coverage is a chance at insight about what could be influencing the pendulum which way.

For good or bad, this is often how it will work in the professional world. You will receive notes from readers, from producers, from development execs. Sometimes they will make you feel brilliant. Others, they will drive you mad. It will be your job to drill down to the essence of what the reader did or did not respond to, what did or did not work. And it will be up to you to decide how to take the notes and incorporate them into the work.

And if something is wrong with the coverage, if the reader got something fundamental wrong like location or plot points or character names, if the coverage you received was riddled with spelling mistakes, speak up. Let the service owner know that this did not live up to expectations. You are their best gauge of their reader’s day-to-day work. If this is one of the above mentioned services or the like, they will make sure to do right by you. They care about your experience with them. Knowing the people at the help of each of these services, I know this for a fact. They are not there to get your money and run away. They are here for the long run, hoping you come to them for feedback with script after completed script, again and again.

At its best, screenplay coverage can help push your script to the next level, or even validate your work. At its worse, it can be infuriating, but I find that in every constructive coverage there is a kernel of wisdom to be taken away. It’s up to you how you use it, whether you need it, and how it will impact your work.

During my time with ScriptShark, thousands of scripts, literally, crossed my desk. We had a few notable success stories. I talked a writer or two off the proverbial ledge. We found more than a handful of writers representation. A few assignments got handed out. Someone even landed at CAA. Another one of my writers took coverage so hard, he had to get on meds. But I’ve learned that screenplay coverage will not make or break a writer’s career. Instead, it is just a small step to making your script great, to getting some attention, to getting your script read. But if you do it in earnest, with research and clear intention and an understanding of the value it will bring (assuming you don’t have that critical eye waiting and willing somewhere else), it can be a small, constructive, insightful, and ultimately valuable step.