When I visited my home country, Israel, at the impressionable age of 17, I had dinner with my older, more mature and established cousin, who had been awarded an advertising campaign promoting positive personal decorum to the Israeli people. Don’t get me wrong: Most Israelis are, for the most part, wonderful. But a loud, small subset is notoriously rude, blunt, and marching to the beat of their own drum, no matter who it may disturb, bother or offend. Think of them as ruder New Yorkers. I remember him telling me: “I can’t believe I have to come up with a campaign convincing Israelis to chew their food with their mouths closed.” It wasn’t quite that bad, but… You get the point.

I find myself thinking of that moment now because, well, I can’t believe that I have to write this blog post. It’s not quite THAT bad. None of my writers are chewing with their proverbial mouths open, but behaviors I’ve seen again and again over the years are not subsiding so… Here we go!

Over the years, I’ve worked with a ton of writers. I met even more. Every last one different, unique, and for the most part some shade of interesting, smart, fascinating and wonderful. But every once in a while, I come across a writer that just makes me think: Oh, no… And I’m not the only one. Turns out my friends in representation and development have had similar experiences of their own.

Let’s start with me. And a writing client who, for the sake of this blog post, we will call Kurt. Kurt is a smart guy for all intents and purposes. Good writer. Definitely has some chops, some promise, if not 100% there just yet. Well put together, smart, and when he wants to be, very well spoken. I started working with Kurt in the spring of 2018. We had a couple of meetings before I set out to Europe for my summer vacation. When I returned, Kurt was one of my first sessions back. Admittedly, I was jet-legged, so maybe a little bit prickly. But when Kurt sat down without as much as a “How are you?” let alone “How was your vacation?” I became keenly aware of his lack of basic decorum.

It bothered me at the moment, but I attributed it to the fact that I had not seen him in a while and there was a lot to catch up on. I told myself that this was a one-time thing, let it go. Don’t be petty. But when I saw Kurt again two weeks later, he did the exact same thing. Hello and… right into his spiel. No “How are you doing?” or even “Do you need a moment?” since he sat down at my table as soon as the writer from my previous session cleared the spot. And I realized then that this was what he had always done. Come in, offer not a single pleasantry, and… into it he goes.

I do happen to know Kurt’s manager. When he and I had coffee a few weeks later, I asked him: “How are you liking working with Kurt?” He thought about it for a moment: “Let’s just say he’s a good writer. Potential to be great.”  But he said it reluctantly. That much I got. “What’s up?”  I asked. “He’s just one of those clients… who will never be a friend. That’s fine, but this is hard work. At the end of the day, I don’t just want to work with good writers, I want to work with people that I care about. That I’m invested in.”

To be clear: Technically, both myself and the manager work for Kurt. He doesn’t owe us anything beyond compensation, mine hourly, the manager’s in commission. He doesn’t have to be nice, ask how we are doing, inquire about our vacations, our well-being, or family, our pet or our day if he doesn’t want to. As mentioned above, my case is more straightforward: He pays me my hourly, and, within the realm of coaching, he can do anything with that hour that he paid for. But with his manager, it’s a bit more complicated. His manager earns commission only, which at that point in time meant that the manager was working on the assumption that one day, the time, thought and energy he’s been investing into that relationship will pay off.

Writing this, I realize that some people will read it and be instantly offended: Why shouldn’t it be just about the writing? Why should it matter whether or not the writer conforms to social norms? And… I hear that. But while writing itself can be solitary, especially in the feature space, the business itself is very social. In general meetings, in pitches, when grabbing industry drinks, it’s all about being able to deliver in writing as well as  “in the room.”

As manager Kailey Marsh, who founded The Blood List and recently joined the team at prestigious management firm Brillstein Entertainment Partners told me when I interviewed her for my book, BREAKING IN: TALES FROM THE SCREENWRITING TRENCHES: “If I don’t like you I don’t care how talented you are. If I feel like screening your calls that’s not a good sign.”

Kailey is not the first person to have told me this. I’ve heard it over the years from many reps, both male and female: Life’s too short. I want to work with writers I’m invested in. This is not a job, it’s a lifestyle, and you want to populate your life with people you care about.

So I wasn’t exactly surprised when Kurt showed up for a meeting a couple of months later, just Hello, no How are you? and announced: “My manager dropped me! Whatever. What an ass!”

I called the manager. “I thought he was a good writer. What happened?”

The manager told me: “We were getting close to finishing his feature and getting it ready to get out… I realized I just wasn’t jazzed to introduce him to my contacts. Just the thought made me nervous. What if he walked into a meeting and just talked about himself the whole time? You know where that goes. I’m a manager. Not an educator. I can help writers figure out what to write next, develop its most marketable version, pave inroads with production companies, introduce them to agents, set generals. But it’s not my job to teach writers how to be nice. Don’t want to have those conversations. Either you are, or you aren’t.”

Remember: Your reps are constantly evaluating you to determine whether or not they are comfortable putting you in the room with their industry contacts. Development and production executives will also have to consider, beyond the writing, whether they are comfortable introducing you to their superiors and decision makers.

All of this took me back to another conversation I had about a year before: A development executive I’ve known for years was lamenting about a writer she was working with. He had written a script she loved. She gave him notes. The development process was not all smooth sailing (she did complain that he was lazy when taking notes he didn’t love, plugging them in literally rather than trying to organically sew fixes into the work). Ultimately, the producers in her production company decided to stop pursuing the project; they let the option lapse. Still, the exec was a fan of the writer. She introduced him to a lawyer. To a couple of agents around town. And all he did in return was complain. Complain about the lawyer’s hourly, since he didn’t want to give away 5% should the screenplay ever sell. Complained about the agents who liked his writing, but didn’t think the project they read was perfect the way it was and ready to sell.

“I’m done.” She told me back then. “Life’s too short to help out people like that.”

This is not to say that the writer didn’t have valid complaints. But that’s all the exec got from him – complaints – when she extended a helping hand, so she turned her attention somewhere else.

The bottom line is this: Being nice does not cost you anything, but has a huge upside. It means getting people invested in you, to care about you and your success, rather than just work for you. Taking a few minutes to ask about someone’s well-being or someone’s day, to thank them for whatever help they extended rather than complain, to at least appear invested in them and not only your own success can go a long way to building the sort of fan base that can help you make real strides in your career trajectory.

Take as an example a longtime client of mine, whom I will call Sean for the purpose of this blog. For years, Sean has built a ton of meaningful relationships across this industry, simultaneously with developing his really impressive body of work as a writer. He is the sort of writer that everyone who knows him is anxious to see break in, and will do whatever they can to help. He got his manager by referral. His writer’s group, all of whom were nowhere when they first started but many of whom are now working writers, has been rooting for him all along, making introductions and recommendations on his behalf. He is the first to buy baby gifts, to send wedding presents, to text or call when someone’s dog gets put down and show that he cares. When he was a finalist for one of the prestigious writing programs, he had so many people calling in to vouch for him, it became a little ridiculous. Because he is a great writer, but also a really REALLY nice guy. Everyone wants to see him succeed. He doesn’t look at his relationships from a purely transactional perspective, but rather takes every opportunity to get to know the people he is coming in contact with.

So what exactly am I talking about? Here are a few guidelines:

Now, all of this is not to say that you should show up for every meeting with your team members saying “Forget about me, what about YOU?” or end every meeting with a broad display of appreciation. But being nice, showing authentic, genuine interest in the people you come in contact with even in just the most basic ways, can easily turn you from the writer that people work for to the client or writer that people want to know, work or be in business with.

In closing, remember this: The very best networking is done in the spirit of curiosity and generosity. And any time you are sitting across from someone you are, in a sense, networking. 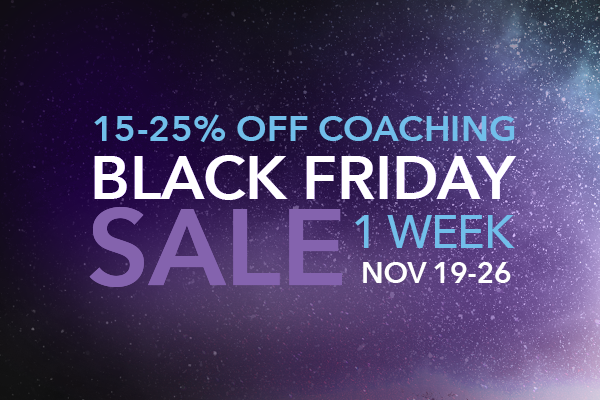