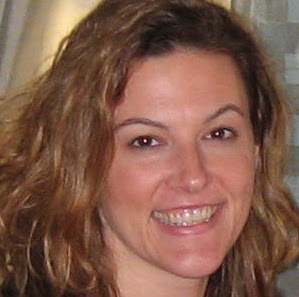 In late October, Kelly Anelons, one of my most dedicated, talented, determined and hardworking clients, boarded a plane to Los Angeles for her quarterly entertainment industry foray. She generously went on to blog about her LA-bound experiences. Here is the first chapter of her most recent adventure:

Thousands of feet in the air, I watch the swimming pools of L.A. get closer and closer to my airplane window. In just a few minutes, I’ll begin another week of greetings, meetings and if I’ve done all my homework, I’ll achieve my current goal…an in-person “read request” from someone BIG.

I spent the last few months practicing my new pitches, polishing scripts, and booking meetings with carefully researched contacts. I couldn’t help thinking of the screenwriting legends who’ve come before me. Billy Wilder, the man who wrote Double Indemnity, The Seven Year Itch, and Some Like It Hot, arrived in Hollywood penniless and barely fluent in English. According to Hollywood legend, he was born with a different name but his mother, an admirer of Billy the Kid, nicknamed him Billy. He began his enviable writing career as a journalist, writing personal profiles that foreshadowed his amazing ability to create genuine people on the page. Diablo Cody, the fairy godmother of snarky heroes, also came to Hollywood with a different name. She was a columnist and blogger, perfecting her sharp, comedic voice before writing her indie hit, Juno.

Now, I watch the flight attendant strap herself in with a seatbelt that looks much sturdier than mine and I worry, “Have I done all I can to make that one golden opportunity happen?” I don’t have a cool nickname and my career in journalism is limited to the fifth grade newspaper I started. It lasted only three issues. Had I blown my chance to become a successful screenwriter for want of a cool name and some columnist cred? How do I get what I want now?

I start where I always start, I meet with Lee Jessup, the guru who set me on this career path in 2009. Since then, my scripts have placed in the Final Draft Big Break Top 5, PAGE Awards Top 25 Comedies, and the Slamdance competition finals. When in doubt, I refer to the detailed business plan Lee and I designed that lays out each week’s tasks. Based on the business plan, it’s time for me to find a manager. A very good friend and best-selling author warned me, “Picking a manager is like picking a marriage”. In other words, don’t grab the first suit that holds out a hand.

I have booked a round of meetings with people from agencies that interest me. Buckled into my airplane seat, I marvel at the list of industry pros with whom I’ll be breaking bread or gulping wine this week. It’s an exciting moment after weeks practicing pitches, proofreading scripts and repacking my bags.

The plane banks, replacing the shimmering chlorine pools with my own reflection, and guess what? I’m grinning. I still haven’t hit my ultimate goal yet, but getting ready for L.A. this time around, something has changed. I’m no longer the timid wallflower who didn’t know how to get asked onto the dance floor. I’m a pro writer with two new scripts in her pocket and a plan to get them in front of some studio readers. Somebody, cue the band!!