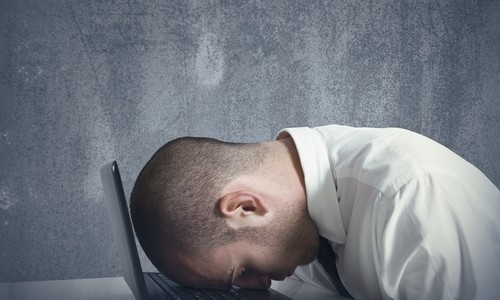 Dude, Where is My Option?

A few years ago, a writing team I was working with got their screenplay out into the industry and within just a few days: Tah-dah! Interest. A prominent production company gushed over the script – how brilliant it was, how fresh, how relevant – and set up a call with the writers right away. If the production company was excited, then the writers were over the moon. There was celebrating, drinks involved, and a million questions asked: Was this the time for an agent? Would they need a lawyer on the call? I urged them to pace themselves. To take a deep breath. But they insisted: How many thousands of dollars would the production company commit to giving them right off the bat? The writers were convinced that they were on the verge of a deal. And if not a deal then a hefty, cash-riddled option agreement, at least. The call was set for a Tuesday. Hours were counting down. As far as the writers were concerned, after years of hard work on the script, a payday was just around the corner. THIS WAS IT.

Shortly after their call with the production company’s development executive was over, we got on the line to re-cap. And, just as I expected (and warned), their voices weren’t quite as enthusiastic as they had hoped. There was no option. No deal memo coming their way. And, even more importantly, no check. At least, not yet. The production company wanted rewrites. They wanted to see some development done to the material before they committed their resources to the work. A new antagonist was suggested. The protagonist needed to be slightly reshaped. My writers instantly protested: If the production company was serious about this, wouldn’t they pay? Wouldn’t they take out an exclusive option, and commit funds for the right to develop their work? Wasn’t the natural progression of things something that looked like this: Interest, then option agreement, then a payday?

This type of thinking is not exclusive to that particular writing team, and is actually pretty prevalent among writers who are just starting out on their professional path. In fact, this blog post wasn’t inspired by that writing team at all, but rather by another one of my writers who recently got on the horn with a production company who responded negatively when, instead of talking about rewrites, the writer insisted on seeing option paperwork first. It’s been ingrained into many a writer’s mind that professional interest, if real, would translate instantly to a contact and a paycheck. However, in the working industry, this way of thinking can be prove to be far off base. Sure, who wouldn’t want to be paid for their writing work, from options to rewrites, thereby allowing the writers to dedicate more time, energy and focus to the work at hand? For good or bad, in today’s industry this is rarely the way it works, specifically with writers who are just starting out on their path.

This is an industry that works on spec. Writers work on spec, but then, so do producers, development companies, and representation companies. Agents and managers will take you on, help you develop material and take your material out based on the speculative assumption that this will translate to a payday. There is no guarantee, and as history has taught us, some writers do fail to sell.

A production company will not commit to an option when work is required to bring a screenplay to where it needs to be in order for them to raise funds for it. They are developing the project on spec, putting in valuable man hours to bring the screenplay to the version best suited for them. Same can be said for many hard-working independent producers working out there today. In today’s climate, a production company’s or a producer’s commitment to material is rarely measured by the money they pay for an option or the paperwork they put in place. Instead, it is measured by the time and thought their executives invest in the work, the insights they bring to the table in order to make the material market-ready, then leveraging their carefully cultivated relationships to push the material ahead.

Even after a screenplay is brought to where a production company feels that it is ready to go out, an option will not always be the next obvious step. Some reputable production companies and producers may come to see you as a business partner rather than a hired hand. While this is objectionable to some writers who see an option as a goal to cross off the list, it’s in your best interest to pursue the avenue that is most beneficial for your career. Ask yourself: Do I believe in what this producer or production company want to do with the material? Do I believe in their ability to get it to the right people, to put together a package around it? Do I believe that they will put in the time and energy to push the project ahead? And can they bring something to it, be it development chops, a reputation, or industry connections, that I can’t? On these grounds, and NOT based on an option, should you determine whether you should provide rewrites, engage in development, and allow the producer, production or development executive, to run with the work.