The Perilous Road to Screenwriting Success

The other day, I was talking to a writer I had just met at my makeshift office that is one of the tables to the back of Akasha Cafe in Culver City. The writer was referred to me by a relative of his that I work with professionally; the writer had a lot of questions, and my guess was… the person who sent him to me didn’t really want to get into the ins and outs of it, which is where I came in.

The new writer I was sitting down with was not quite fresh off the boat; he’d come to Los Angeles about a year ago, in search of a TV writing career, which, despite the few classes he’d taken, seemed to have eluded him thus far. He was ready for the hard work, he told me. It was the other writers, in a similar position to his, that made it hard to proceed. They all talked about rejection and disappointment and frustrations. He wanted to hear from me that that’s just not the way it had to be. He didn’t quite say it in those words, but I quickly got the sense that he wanted to hear the secret, sun-lit path that would take him from emerging to professional writer without too many hurdles along the way.

Let’s just say that I disappointed him.

Because, in my experience, no such path exists. And I know this because I’ve had the privilege and luxury of working with a ton of writers who have been able to build themselves a screenwriting career, and in every case, I can clearly tell you that while it did happen and it was rewarding, getting there, and often being able to stay there, has not been easy.

All of which is to say that the road to screenwriting or TV writing success often is incredibly challenging. But it can be traveled, and your destination can be reached. However, like any taxing hike you might set out on, you want to know some of the elements you might encounter along the way, if only so that you can understand what to expect and prepare for adequately.

So what are those likely conditions I am thinking about?

Have the right gear

And by gear… I mean craft. And furthermore, I mean a body of work made of at least a couple of great scripts. So learn your craft. Know your process. Work hard to understand who you are as a writer, what you have to say, what space you want to write in. Challenge yourself, and work with people who will challenge you at every turn. If you don’t have those things down, you are at an insurmountable disadvantage before you even take your first step and mount the trail.

There may be some false starts

Even if you do have a sense of your process and craft, you may feel ready to get on the road before your material is at the level required. Always aim to develop great material as you develop your body of work, never just “good enough.” Don’t settle for notes only from the other writers in your writers group, who are, for good or bad, at the same level you are. Seek out those who are further ahead to give you perspective on how your work really holds up when put in front of professionals. If you don’t, you’ll think you’re ready to start pursuing your screenwriting path, but then find yourself retreating as you rewrite your script again and again.

A stumble (i.e. rejection) is pretty much a guarantee

Much like injuries are guaranteed in gymnastics, rejections are par for the course on your screenwriting path. In fact, in my experience, there is no path to building a screenwriting career that doesn’t involve rejection, and, even for the most cerebral, unemotional writers, some level of disappointment. In some ways, you have to get some rejections in order to reach screenwriting success, because getting rejections means that you are starting to adequately expose the work. From experience, I can tell you that every writer that I’ve ever worked with who sold a pilot or a screenplay initially had the work rejected somewhere, if not in multiple places. Every writer who got into a writing program was passed on somewhere else. And every writer who landed an agent or manager was rejected by other reps first. It’s simply all part of the game.

You’ll think you reached the top, but…

Winning a big screenwriting competition or landing high profile representation can make it seem like your career will now unfold before you quickly and seamlessly, but that is rarely, if ever, the case. Sure, winning a screenwriting competition can gain you exposure, but it doesn’t guarantee you anything more than that, and only a rare few contest winners go on to sell their screenplays or pilots in the professional space. And while signing with reputable representation for the first time is indeed a huge milestone, it doesn’t quite mean that you’ve arrived just yet. In some ways, all these career milestones mean is that there is a lot more work still ahead, whether it be to generate new work and keep your new rep engaged, or capitalize on the interest and engagement that your contest win created.

Don’t try to hike at someone else’s pace

While you want to be making progress, you don’t want to expend too much time and energy looking sideways, systematically comparing yourself to others traveling along the path. The reality is that there will always be someone moving up faster, but you don’t know what advantages they brought in with them, or what sort of preparation they’ve undertaken before starting the pursuit of their screenwriting career. This is not to say that there is nepotism or favoritism at play; you simply don’t know their complete journey well enough to evaluate how yours compares, so no bother wasting time on that. As long as you are traveling at a steady, consistent clip, adjusting to challenges and moving forward with every step, you have to trust that you will, one way or another, get to the top of that mountain at your own pace.

You may think that you see the peak and know exactly how to get there, but let me spoil the ending and tell you that that’s probably not how it’s going to work out. Don’t get me wrong: You may very well get to the top. The longer you fight for it, the better your chance; but it’s going to take longer than you thought, and success may just come via an unexpected path. Building a screenwriting career almost always takes longer than anyone expects. The good news is that by the time you realize that, you will hopefully be so far up the proverbial trail that it would make as much logical sense to continue on as it would to turn back.

You know that saying, it’s always darkest before the dawn? Well, it’s the same with building a screenwriting career, only it can get significantly darker than you think before any light can shine in. You may feel weary, downright exhausted when you finally break in. Because every screenplay or TV pilot will become harder to write, because the more you write, the more you know how difficult it is to make your script sing. The more showrunner interviews you go on, the further away it all can feel. And the more generals you have without a clear next-step outcome, the more eternal your stay on the spinning wheel feels. There is no question then: There will be fatigue. But it’s all in the name of a battle worth fighting, and a passion that compels you to keep pushing ahead.

But there is good news here too: If you prepare yourself adequately, if you know what to expect, if you keep at it and continue, strategically and methodically, you give yourself a good chance of getting there. How do I know this? Because I see new writers get there, get their first staffing opportunity, land their first writing assignment, get into a TV or feature writing program, sell their first TV pilot or screenplay, all the time. Regularly. It’s the great luxury of my job, and it absolutely and unequivocally happens. Frankly, if it didn’t, I don’t know that I would have the stomach to keep doing this. The point is… You just have to know what lies ahead when it comes to pursuing this so that you can show up prepared and not be easily deterred, and so that you can be ready and able to fight effectively for the construction and maintenance of your screenwriting or TV writing career. 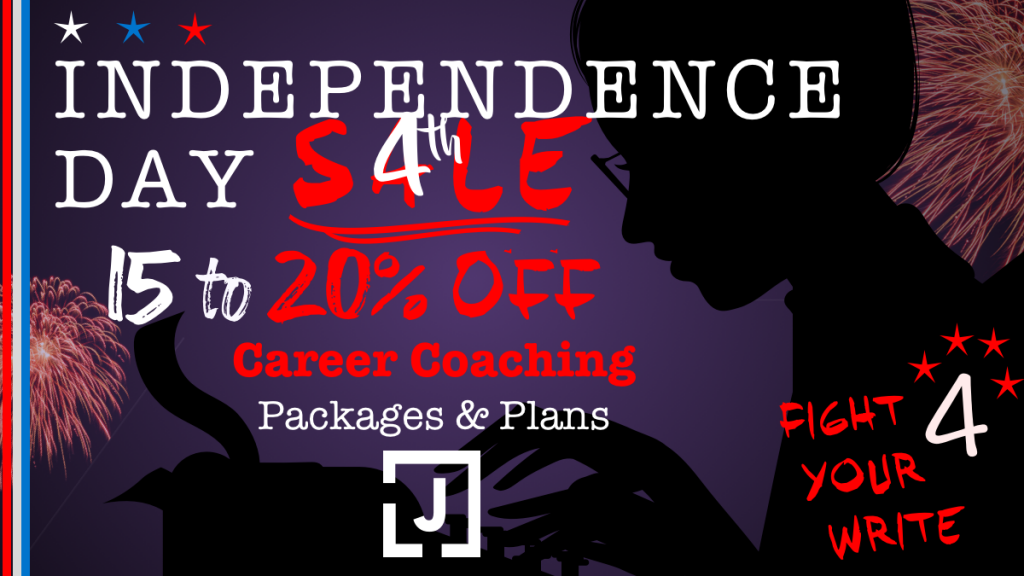